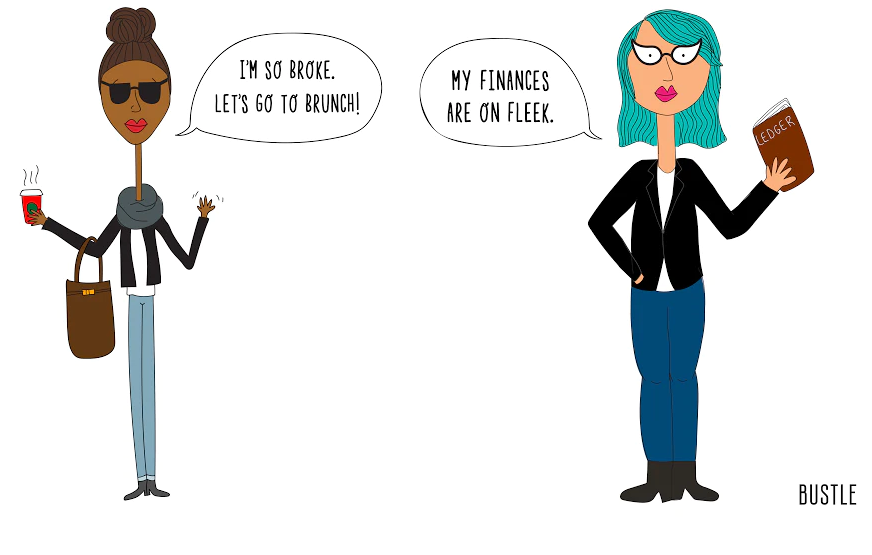 Why you handle money the way you do

Last year, I attended the 2019 Annual Wimbiz Conference and listened to a discussion topic ‘Developing a Wealth Mindset’. As I listened, I realised that our money habits are largely related to our life experiences. Our life experiences form our mindsets and if we do not actively deal with negative and unhealthy mindsets, they can affect our lives in more ways than we can imagine.

Often when people think of and define wealth, it is over-focused on Money & Assets. One of the panelists, Sanyade Okoli (CEO, Alpha African Advisory) defined it as an abundance of many things, not just money. Many people think wealth is just about money, assets and such, while the truth is you could have lots of those and be far from wealthy in many other important areas, such as relationships, health and more.

Another panelist, Kai Orga (Managing Director, ARM Investment Managers) spoke about the different types of money personalities which was such an Eye Opener for me! The personalities are Amassers, Hoarders, Spenders, Money Monk, Avoiders and Worriers. When I left the conference and took a bit more time to study it, I realized how true those different categorizations are because people’s experiences are actually foundational and most times unknowingly to how they treat money.

For instance, I have a friend who once lost a lot of money and because of that she has become a Spender. How? You may ask – Well, her mind has been programmed in such a way that it believes she will always lose money and this has led her to be a Spender. Another person who has lost money has become a Worrier, because he believes you will always lose it and is constantly fixated on that! Someone who has always had their bills paid by either their parents, loved ones or someone else and has never really dealt with money may have programmed their mind to avoid it and can become Avoiders. In other cases where people have been cared for by others People who also grew up in environments that are gender biased towards finances could become an extreme of personalities – Avoider or Amasser.

Do you know your money personality type? (Below is culled from Olivia Mellan & Dr Kathleen Gurney)

There are six main different money personality types and an additional one which is the Money Master – Hoarder, Spender, Money Monk, Avoider, Amasser and Worrier.

Bear in mind that each type has both good qualities and shortcomings, and that most people are in fact a combination of types.

Here’s a quiz you can take: https://www.moneyharmony.com/moneyharmony-quiz

So, which are you? (You could be a combination) Remember, the first step to freedom is diagnosis… Know yourself, your habits and create a plan to improve areas that need it.

Subscribe to be the first to get new updates